Problem: An aging water system administered by an irrigation district was on the verge of collapse.  Two referenda authorizing infrastructure repairs and improvements had failed so the irrigation district board voted in frustration to disband and transfer the system to a local government.

Challenges: The water system, with fewer than 400 properties, was facing significant upgrade to meet the health authority’s drinking water safety guidelines.  Some in the community favored an ultra-violet treatment system while others wanted the adjacent City of Penticton to take over the water system.  The debate between the two camps had become increasingly acrimonious.  Penticton, for its part, was not keen and was contemplating significant administrative surcharges to take over the system. 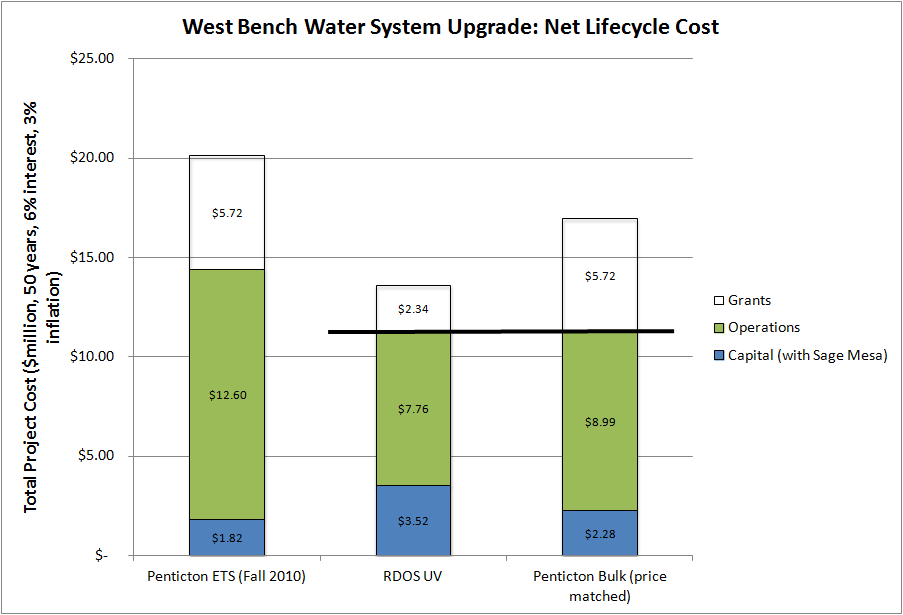 Process: Through public consultation we were able to go beyond specific technologies and alternatives and determine residents core concerns: safe water, low cost, and continued independence from the City of Penticton.  Our approach was to devise a dominant solution (an alternative best along each of these three dimensions).  To do this we had to construct economic models of each alternative even through each alternative had very different patterns of cashflow and uncertainties.  We then proposed to the City of Penticton that they supply bulk treated water for the same lifecycle cost as a new UV treatment plant.

Results: After winning the support of 86% of ratepayers in a referendum, a bulk water agreement was signed with the City of Penticton.  Water quality improved dramatically, economies of scale were realized, and community autonomy was maintained.